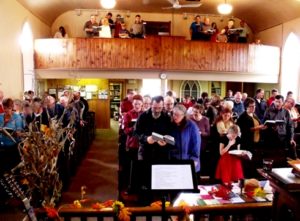 Pastor Don Brubacher was born of Mennonite roots in the Elmira area, and his wife Zala descended of an Irish heritage near Hespeler. They both attended High School and Temple Baptist in Preston (now Cambridge).

After completing a diploma in Electronic Technology at Ryerson Polytechnical Institute in Toronto, Don and Zala were married by Rev. Sydney Kerr at Temple Baptist in 1972.  While working at Champion Road Machinery and serving with his dad Rev. Reuben Brubacher at Calvary Baptist in Goderich, Don sensed the call to pastoral ministry in 1977. After 4 years of training at London Baptist Bible College in London Ontario, he completed a Bachelor of Theology and was ordained in April 1983.

Concurrent with finishing Bible College, Don began pastoring Victory Heights Baptist Church in London, where he served for 9 years. Then followed another 25 years of ministry among Fellowship Baptists at Shenstone Baptist in Brantford, Calvary Baptist in Oakville and Riverside Baptist in Huntsville.

Don and Zala began their ministry at Arnstein Evangelical Baptist Church on December 1, 2012. Don’s passion is preaching the Word of God and leading people to faith in Christ. Don enjoys using his musical gifts of guitar and trumpet to enhance worship.  Don and Zala are deeply thankful that the Lord brought them to the Argyle community and this wonderful church for these delightful years of service. In their off time, they enjoy their home on Little Long Lake and spending time with the family in Hamilton and Port Sydney. They have two sons and 6 wonderful grandchildren. All are serving the Lord.